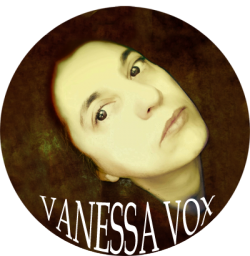 2014, I firstly intended to explore all the video apps for mobile artists. To experimente totally free with footage and audio using only an iPhone and an iPad was a great challenge. I like to play with the limited possibilities of movie apps. I have produced 169 short experimental videos from January 2014 to september 2021. And I am sure I will create more of them in the future! 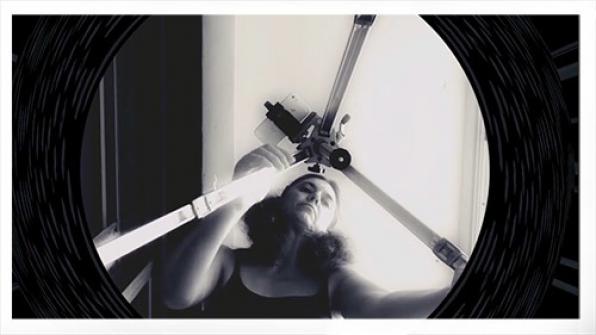 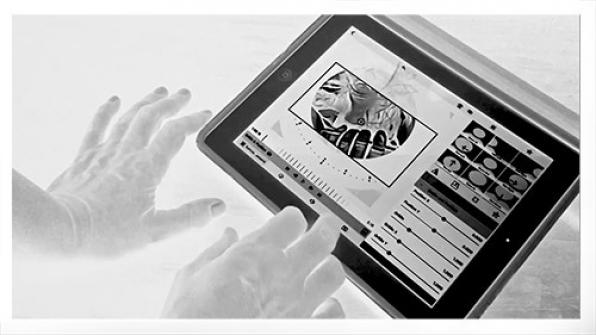 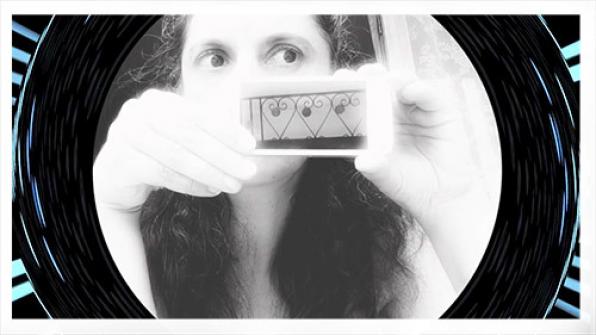 2021, "Where Are You" is the LumaTouch Moving Pictures Award Winner 2021 of the Mobiography Award.

“We loved the emersive and driving nature of the video by Vanessa.

We were engaged and drawn into the sounds, motion and colors.

Mesmerizing and a great example of experimental film.”

Look there for all news: https://www.vanessavox.com/

Some Examples of my Video Work, Inclusiv Synopsis:

Most of the videos below were screened in diverse film festivals all over the world. 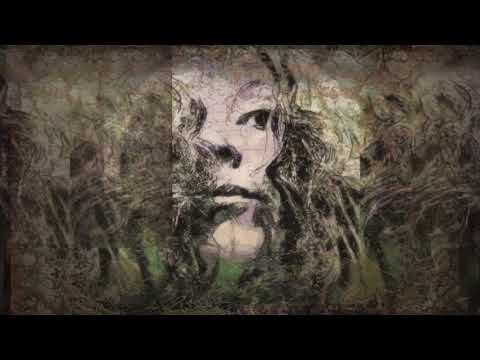 This is an experimental short music video based on a single selfie shot. Vanessa Vox has created an impression of the invisible inner floating which is hidden behind the visual appearance of a frozen moment. All metamorphoses and layers as well as the soundscape are created using a lot of photo, video and music apps on an iPhoneSE and an iPad4. "WHERE ARE YOU?" is a question directed to the picture. Where is the soul of the person in the picture? Where am I? When I grow older what’s about my selfie? Will it grow old too? Where is the time? What’s about the future? Is photography really stopping time? A photo is also a trigger provoking emotions. And emotions are causing motion. The onlooker is recreating time in itself. He is catching a story in a fraction of a second like in a dream or a memory flash. But this video is not a story. It‘s just the moment before, when it starts awakening to life. Nothing is able to stay still. No matter if it makes sense or not. No matter if it is conscious or not. 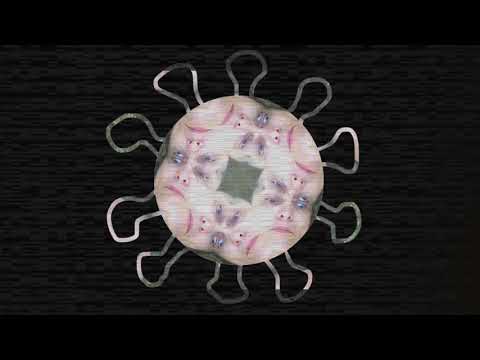 2020 is all about a tiny, for our eyes invisible virus that has gotten the center of attention. Our social life is severely restricted while this virus can hardly be stopped. It is rocking, shocking and rolling all over the world, day by day, moving forward from country to country, accompanied by a huge wave of news and statistics.
"No Comment" (2‘14) was created in October 2020, in the hotspot of the crisis, just a few days before a second lockdown took place in France.
This short experimental doesn't need words, doesn't need a title. Thus everyone recognizes the image of a ball peppered with spikes all around. Even the younger ones among us who can barely speak know what it is. "I can‘t visit my grandma because of Corona", said my neighbours kid.
The repetitive music of Orlando Bay supports the relentless course of events in which we are imprisoned. And the flow of pictures and signs suggests that this virus could also be understood as a hacker attack which penetrates our brave new world, both in real and viral. We feel persecuted by this little thing which dances around like a naughty child. We feel desperate or ignorant, we react frightened or disgusted. We want to grasp it, want it gone, wiping it away.
But it is in fact a living being which wants to spread out. And honestly it is almost as successful as we are when we take the planet‘s ressources as granted. – So… Don‘t we look in the mirror when we face this tiny little thing? 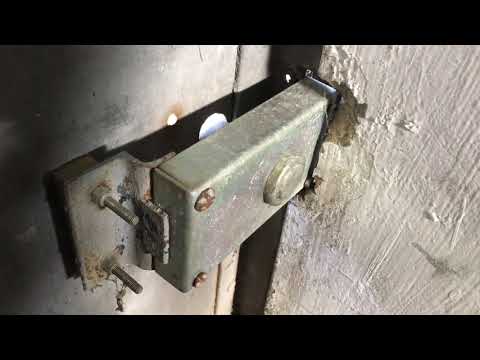 we look at the mirrored face of a young man in the dark. He seems to be absorbed by the screen in front of his eyes, trapped in a digital world of codes and algorithms which work in their own self-satisfied manner.

The face is frozen, the eyes seem to be spellbound. A bizarre life unfolds in this rotating movement of digital patterns which look like a strange clockwork mechanism.

The film is based only on two simple elements: a photo of my son and a moving sentence ('This is a Kaleidoscope') which is fragmented by special effects.

Personal note: My son is autist and since his early age he is fascinated by gyroscopes and circular motions.

it is about an old man losing his mind and becoming confused. A strange and sad impression of someone becoming out of control in life. The film is a satirical remark considering a world which sold out its values. If money loses its social responsibility, the wise man on the banknote goes mad.

'Kaleidospace' (2'31) December 2016
Kaleidospace is an homage to '2001: A Space Odyssey'. It is about entering a new dimension, another space beyond the rational, beyond the obvious things. Imagine being transformed, confused and squeezed by a black hole which ejects you to an alternative universe.
This video is the result of a collaboration between Vanessa Vox (film and editing) and Orlando Bay (music).
Vanessa had the opportunity to use the beta version of a wholly new app called Luma Fusion which enabled complex layering and effects on her iPad4. This video editing app breaks the barriers of the usual and opens a new state of the art on mobile phones and tablets.

'In the Heart of the Kaleidoscope' (2'25,HD-1080p) is a freaky experimental short mobile movie. The viewer immerses in the inside perspective of a kaleidoscope. In the heart of this surreal world an abundance of seemingly abstract and permanent transforming images are pulsating on the groove of Orlando Bay's music 'Dark Bit Flow'. The flesh-colored images are not an endoscopy. No, we are looking at a deconstructed selfie of the filmmaker Vanessa Vox who was dancing in the front of her iPod. Some eyes, hands, fingers, teeth, ears, thin braids shortly appear but remain trapped in the world of mirrored patterns. They shape a playful floating choreography.
The film was shot with the application 'VideoFXLive' and afterwards edited on an iPad with 'iMovie'. So to say it is a no budget film with only one acting person dancing on an exclusively new piece of music which is composed by Vanessa's husband Orlando Bay.

Dreaming (August the 7th,2016. Runtime: 2'55) is a short experimental movie highlighted with music.

In the reality of our dreams we often feel like prisoners. We would like to escape but we cannot. We turn around and around. We follow pathways which lead to nowhere. We hurry downstairs, but we don't reach the end. The only exit is waking up. But sometimes our dreams won't let us go.

We are trapped by their mysterious image sequences.

'Dreaming' is part of a mobile movie series which started in January 2014. This piece is entirely shot on an iPhone SE. The film as well as the music is edited on an iPad4.

'April the 27th, 2016 / Screen Reading'(0'41,1080p)is a short experimental movie, part of a mobile movie diary which started in January 2014. This piece is entirely done on a mobile device with apps: the shot, the music and the editing.
Background: Today you spend so much time in front of all these different LED screens everywhere! Staring at them for hours has become a part of our everyday's life. At home, on the way to work and even during the free time to relax. Like a cameleon which is searching for the fly to catch, our eyes are always looking for new informations, new contacts, new trends. These rapid eye movements are like a daydream when we are caught by the matrix of this Brave New World.
Screened at ‪#‎HeForShe‬ LA Media Summit 2016 // YouTube Space LA - May 21, 2016 // Miami Independent Film Festival 2016

'AUGUST THE 31TH, 2015'(3'44-HD720p) is an experimental mobile short movie, so to say a filmed artist 'selfie'. Vanessa Vox is all in one: actress, musician, filmmaker, editor.
I am alone in a swimming pool. A sudden strange feeling appears in my mind, like a breeze touching the skin. Looking under the water surface I discover an olive branch floating towards me. I dive into the pool and start to play around with the branch. The throbbing and reverberant sound of the guitar accompanies this fugitive moment. No words, only music.
Vanessa created a short parable of dipping into another reality. The strange flickering light patterns and the soundscape convey the impression of a dreamy and unreal inner world. The olive branch symbolizes the search of peace within yourself.
This film was shot with the slow motion camera application 'SloMo' and the front camera of an iPod5 protected by a watercase. Afterwards edited on an iPad with the app 'iMovie'. The music is a guitar improvisation, recorded in her husband's project studio and played by Vanessa, exclusively for this movie.

'OCTOBER THE 7TH, 2015 - Sucking Pattern' (1'45, HD 1080p) is an abstract experimental movie. A fusion of visuals and music. Various moving and vibrating patterns carry us into a surreal and spherical world. The forms react highly sensitively or almost hysterically on Orlando Bay's hypnotic music 'Storenid'. Here and there some garish short interruptions suddenly appear like flashes.

Film and music, both are new creations from 2015. Orlando Bay shapes his soundscapes in his own music studio for Vanessa's video experiments. On January 2014 Vanessa Vox started to work on a mobile film series in a diary form. All of these short experimental videos were recorded and edited on an iPod5 and/or iPad4. It is part of her challenge to apply new mobile movie apps.

April the 30th, 2014 / Dying momentum (2'10) is about movement and turning around like pirouettes. My autistic son always loved to play with spin ... In the video he is the one who makes the toys and figures turning around. But each momentum comes to an end. So I tried to express this dying energy using a slow motion effect and the music of Orlando Bay.

'Found that I watched this piece both with and without sound. Liked the frenetic, slightly claustrophobic music and the way the vignetted edges of the frames and the featured tops with their shadows danced and pulsated to the beat. Watching it silently I was aware of the elegance of the toys and the skill involved in ‘throwing’ them to maintain a spin for such longer periods of time. Smiled at the last shot of what appeared to be eyes'

This short time lapse let us immerse in the mesmerizing course of time where everything is in a permanent metamorphosis. The early spring sun shines deep into the room and makes all the shadows on the wall slowly dance like on a screen: The window frame and a plant. Only the golden lamp stand remains on its place. It is like a metapher for perpetual change around an axis of resistance.

The spherical music 'Violinwald 2' (violin forest) was initially a recording of a blackbird's morning song. Vox's husband, Orlando Bay transferred and transposed the tune into a violin melody. The result is very touching.

Vanessa Vox tried to catch the very moment of attention. Like in Hitchcock's Spellbound where Dali designed the dream scenes the eyes become guardians. They are everywhere constantly present. A symbol of awareness and attentiveness. Together with the repeated and destorted message „to care for“ the impression is given of a latent and not explainable suspense.

In this micro movie Vanessa Vox experimented with many of her apps (Video Magic, Movie FX, Old Video Pro, Ghost Lens+, Frame Blast) to achieve these multi layering collage with its refined colors and textures. The end cut was done on iMovie.

The music is a part of Orlando Bay's 'TO CARE FOR'. 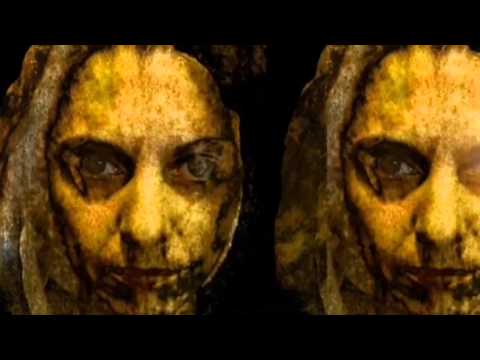